OUT WITH THE OLD BANNER, IN WITH THE NEW
I created this new banner as a tribute to one of my favorite comic characters, the multi-faceted and often abused Avenger, Clint “Hawkeye” Barton. Anyone visiting for the first time should know that this is not a blog about HAWKEYE. Poke around the links in this page’s sidebar and you’ll see what I mean. I’ve already created another five or six new banners to put up when I get sick of this one.

FANATIC QUIZ QUESTION OF THE WEEK

For all the orphaned Ultraverse fans who occasionally seek refuge with the Fanatic, here’s something you might find interesting:

What famous horror film director was almost one of the Founding Fathers of Malibu Comics’ Ultraverse?

The answer may surprise you…

In the nine year span (NINE YEARS … YEEK!) between issue #39 and issue #147, only one artist other than John Romita Sr. provided cover art to Amazing Spider-Man. For those that are keeping track, Romita did the cover for #39 which was published in 1966 and also did the cover on #147, published in August 1975. Eighteen covers during that span were provide by the towering comic talent that was Gil Kane. Yep, I knew this one was too easy, but what the heck. 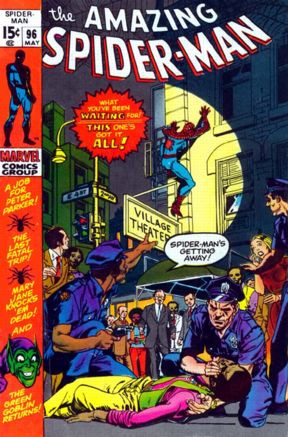 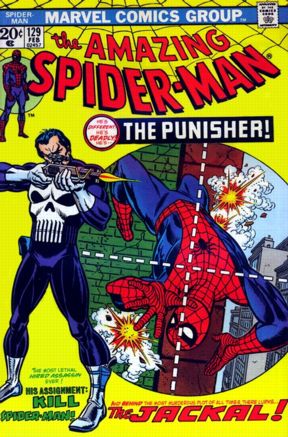 FANATIC BLOG OF THE WEEK

This one is a great combination of news website, blog, podcast and other such stuff. Its goal is to (taken directly from the weblog) “cover the world of comic books and anything that impacts it: upcoming films, video games, toys and updates in comic collecting. Formerly called the Bagsandboardspodcast, we’ve gone through a complete redesign and are now Comic Impact – and we are not going anywhere!” 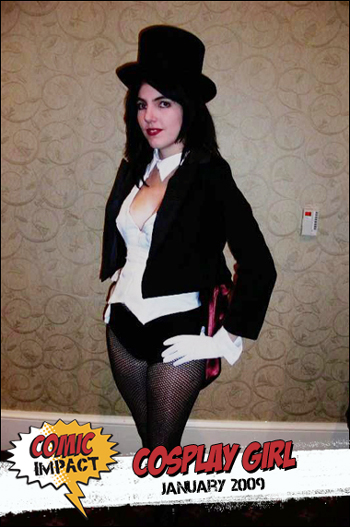 Authors Simon Daoudi, Sheldon Lee, Butner Brimberry, Matthew Hyde and Adri Leya are working hard here and it shows. In addition to reviews, it also has a feature about comic book tattoos and something called “Cosplay Girl of the Month.”   This girl thing is a little frightening to me, because I have an irrational fear of fantasy costumers, but this feature will feature a new girl dressed in superhero garb (no anime allowed) each month and the first one is a doozie. Check this one out fanatics.

DIAL B FOR BLOG DEFEATS ITS LAST VILLAIN

It is with much sadness that I bring the news that the truly great blog called Dial B for Blog has stopped putting up new posts, just within the last couple of weeks. The creator of this amazing feat of comic blogging assures me that the site will remain a place to visit. Even without the new posts, you could waste many an hour or so at this website. Go anyway and see what I mean.

Unfortunately, there won't be any new DIAL "B" FOR BLOG entries

FOUND ON THE INTERNET

If the rumor is true, Funny Book Fanatic would like to call for a HUGE round of applause for director Jon Favreau and the Iron Man 2 team for negotiating with Emily Blunt to play the Black Widow. This girl is extremely talented. My daughter and I have been debating for weeks who should be cast. When the selection was leaked, I got an e-mail from her that said, “Why didn’t we think of that?” Blunt can be seen on DVD in both The Devil Wears Prada and Dan in Real Life. Next, if they would just tap Rachel Leigh Cook to play The Wasp in The Avengers…

FOUND ON THE INTERNET

I don’t really have any explanation for the picture to the left, except to say that I was once the publisher of the character in question, Mantra, who was part of the Ultraverse. And for those that lived through that period of comics and went to conventions, the answer is “NO” this isn’t the model that Malibu used to take to conventions for fans to interact with. I afraid my fear of costumers may be justified.

WANT TO STRETCH YOUR FANATIC MUSCLES?

Just like the story that I posted by Gary Guzzo (on Jan. 16), I would love to have other comics professionals contribute their stories from behind-the-scenes within the comic book industry. These stories should be humorous or instructive, providing perspective and background. Needless to say I don’t want any angry or libelous stories, there are other places for that. My e-mail address is in the sidebar, send me a message, I’d love to hear about cool, behind-the-scenes stories that you’d like to share.

Who is kissing who here?

If you haven’t been to the Memory Lane page lately, I’ve added a new curiosity. Just to tease you (or encourage you) to check it out, I’m including this portion of the new book post. Who are these characters? What famous comic character is responsible for those thought balloons? Check out Memory Lane and find out.