The “origin” story of The Jack Kirby Comics Industry Awards

The germ of the idea wasn’t mine. But I’m here to accept my portion of the blame. I made a lot of mistakes. I was wrong.

The Jack Kirby Comics Industry Awards was a child born of outrage. It started in early 1985 somewhere in Agoura Hills, California on a regular (or as regular as they ever got) work day at Fantagraphics Books. The Comic Buyer’s Guide Fan Awards were the subject of the discussion.

Before we can get to the outrage, the creation, the betrayal, the diplomacy or my wrong-doing, we need to set-up the scene on this little melodrama.

There was a time in the comics business, before Wizard, before Image, before X-men sold a million copies when the Comics Buyer’s Guide was THE weekly newspaper of the industry. It was a newspaper in every sense of the word, editorial fit around advertising put together on crazy weekly deadlines by a skeleton crew of the dedicated. Everyone in the business read it, from publishers to every stripe of creator to the fan “on the street.”

Competing with CBG, more or less, was Fantagraphics Books magazines Amazing Heroes and The Comics Journal. The Journal was monthly and was designed specifically to reflect the attitude and interests of its publisher and editor Gary Groth. It was high minded and aspired to cut through the “bullshit” of the business. This approach often angered the public relations and spin-control people at the comic publishers it covered. In all fairness, its self-righteous pursuit of its version of the truth annoyed and irritated a good number of comic industry professionals. Also in the interest of fairness, some of them deserved what the Journal doled out and some didn’t. 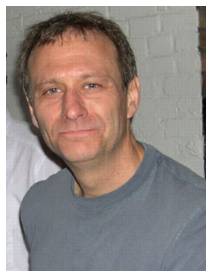 Amazing Heroes (where I served as managing editor for a couple of years) was the Dr. Jekyll to the Mr. Hyde that was the “muck-raking” Comics Journal. It featured lighter fair and was specifically designed to be an income generator for the company. Groth never liked the magazine, but he like the money. Setting the direction of Amazing Heroes was Groth’s corporate partner Kim Thompson (although their EXACT business relationship remains foggy to me to this day). Amazing Heroes was a reasonably standard fanzine of the time: some news, light reviews, creator interviews, character profiles, etc.

The conversation in the Fantypoo (as employees affectionately called it) office centered around how outraged “we” were about the CBG Fan Awards. How did these awards serve the industry? Would someone reading the comics on this awards list REALLY see the BEST that comics had to offer? Then a disembodied voice (as I remember it) cut through the discussion in a very clear and distinct way …

“Why don’t we create our own Awards.”

It might have been Groth, but more than likely it was Kim Thompson who was regularly the source of great ideas. The concept seemed obvious and once it took hold it seemed to capture the imagination of the whole office. I volunteered to work on the idea. As I worked on it, the idea of these awards seem to take on a life of their own. I ran all of my ideas past Kim Thompson for approval.

We were off and running. The final idea was to create of set of awards that could generate genuine respect, ones that would be actively sought after by creators and publishers alike. We wanted to create awards that the world outside the comic book industry could look to for quality reading. I envisioned the winners appearing in PEOPLE magazine, or better yet “Entertainment Tonight.” Just like the Oscars® and the Emmys®, the professionals of the industry would be casting the votes. We could even name the awards as a tribute to … well … you know the answer to that one. 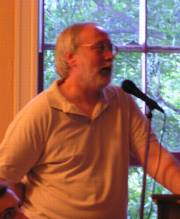 One of the greatest achievements of Fantagraphics Books, Gary Groth, Kim Thompson, managing editor Tom Heintjes and The Comics Journal was the long quest to help Jack Kirby get his artwork returned to him from Marvel Comics. It was an amazing victory for advocacy journalism. Through the process, everyone in the office became very fond of Jack Kirby. He became familiar with Fantypoo and its employees as well.

As a result, when I called Jack Kirby and told him of our plan and asked permission to use his name in association with these new awards, he agreed.

But this has gotten long enough for one day’s blog post. if you want to read the rest of the story including what I did wrong and what went wrong, you’ll have to check back here in the next day or two.

That’s my version of the story (so far).

Filed under Behind the Scenes, Fanatical History