Mike Ploog and Christmas will always be connected in my mind. Keep reading to understand the three reasons why.

Is there anything cooler than a Mike Ploog-drawn monster? I think not. You can probably make a case that there are many things JUST AS COOL, but for something to be MORE COOL is close to impossible. During his long-ago tenure at Marvel Comics, Mike Ploog got a chance to draw a lot of monsters: Man-thing, Werewolf by Night, Ghost Rider and Frankenstein most prominently. For me, when Dracula crossed-over with Werewolf by Night, it was HORROR COMIC HEAVEN.

My friends all find it ironic that my blog (to date)  has primarily been about things that I remember from my careeer in comics. The irony? Well … frankly … I’m infamous for having a pretty terrible, sketchy, random-access memory. So it is at this point that I have to admit I don’t remember the details of how Mike Ploog came to work on an issue of the Ultraverse title SLUDGE with writer Steve Gerber. No one is really surprised. 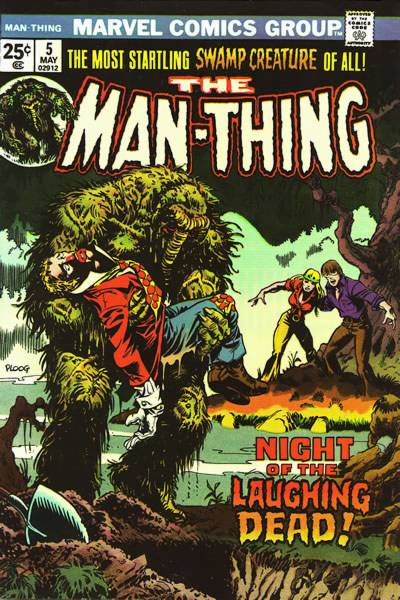 I remember meeting Mike Ploog for the first time. It was San Diego Con (probaby 1993) and I was leaving the convention center for a meeting of some sort. The first thing I saw was creator/writer/reluctant genius Steve Gerber talking to Santa Claus. Yep, standing right there on the sidewalk in the bright summer sunlight was Kris Kringle himself and the creator of Howard the Duck. I never, ever passed up a chance to talk to Steve Gerber, so even though I was in a bit of a hurry, I sidled up to the pair.

As was his habit, Gerber finished the story he was telling the man in the full white beard before greeting me … and then apologizing for the delay in greeting. Then the MOMENT happened, Steve Gerber introduced the Santa Claus look-a-like as Mike Ploog. I shook Ploog’s hand, but he must have thought I was impaired in some way, because for several uncomfortable seconds the power of speech had abandoned me. 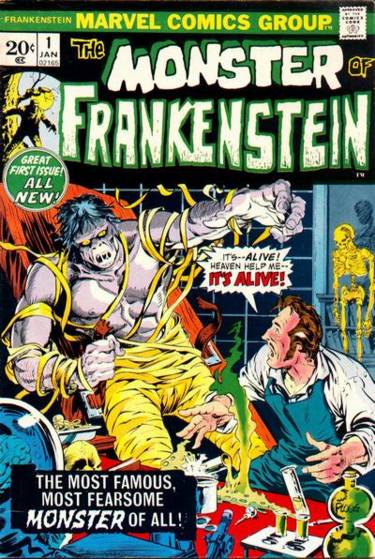 My ability to talk was momentarily gone because I was having a comic geek flashback to my youth. All the amazing Mike Ploog-drawn comics that I’d read were dancing in my head. After appearing briefly stunned, I greeted him and made my sincerest effort to NOT geek-out too much. He couldn’t have been nicer.

Reason #1: Mike Ploog, while not over-weight in my opinion, does have a round face, white hair with a full white beard. Looking like Santa Claus 365 days-a-year is the first reason Mike Ploog reminds me of Christmas.

Working on the Ultraverse gave the editors a chance to work with many creators that they held in high regard. As I was saying before, I don’t remember how it happened exactly, but someone seemed to think it would be a great idea to pair SLUDGE writer Steve Gerber with his old Man-Thing c0-conspirator Mike Ploog. Wow. Sludge and Man-Thing certainly had a lot in common from a hero archtype point-of-view. We asked Mr. Ploog and he said “yes.” Double Wow.

For anyone that hasn’t experienced Gerber/Ploog Man-Thing stories, stop right now, click over to any bookseller of your chosing and order Essential Man-Thing #1. These stories are singular in the history of comics and lose none of their impact in black-and-white (the originals were obviously in color).

The marketing types at Malibu (I count myself among them) didn’t want this historical re-pairing of Gerber and Ploog to go unnoticed or get overlooked somehow by fans and retailers. We made it a one-shot Christmas special. Reason #2: Mike Ploog worked on SLUDGE: RED X-MAS for the Ultraverse, even more closely linking him to Christmas in my mind.

Ploog does the Ultraverse

And last but not least, Reason #3: Mike Ploog did a graphic novel called SANTA CLAUS that was published in 1992 and has been reprinted around the world in many different languages.

Time for me to curl up by the Yule Log with my Essential Werewolf by Night. Merry Christmas to fanatics far and wide. Now just scroll through these other fine examples of Mike Ploog monster (and other kinds of) magic. 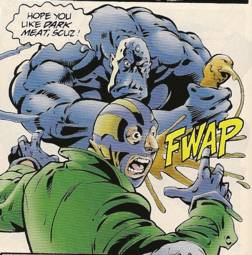 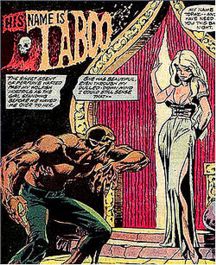 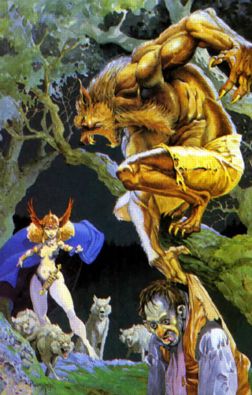 AND THE ULTIMATE … THE ONE YOU’VE BEEN WAITING FOR …

Dracula vs. Werewolf by Night by Ploog

NEXT: Another chance to ASK THE DWO. You can simply put your questions in the comments for this post and we’ll go from there. AND don’t forget to vote in our 2nd String Character Hall of Fame Balloting.

Filed under Behind the Scenes, Fanatical History, Point-of-view